In 2012, the semi-annual report of each household electrical appliance company was announced. The slightly unsightly report card once again confirmed the weakness of the market. As the sales of washing machines, the main force in the white-box market, from the semi-annual report, the situation is not very optimistic. Yesterday, the reporter learned from the â€œWhite Paper of the 2012 China Washing Machine Marketâ€ (hereinafter referred to as the â€œWhite Paperâ€) released by the Information Resource Development Department of the State Information Center and the State Grid of China, that the washing machine market experienced a significant decline, and only wanted to pass the national policy. The possibility of a significant increase in sales will become very small in the coming period.

The number of washing machines dropped by 20%

According to the White Paper, the state launched a new round of energy-saving subsidies at the end of May this year, which will bring certain benefits to the enterprises in the washing machine industry that have R&D advantages and technological reserves.

However, from the analysis of the development trend of the current overall domestic economic situation, the possibility of only trying to significantly increase the sales scale through national policies will become very small in the future. Manufacturers must have a clear understanding of this and rely on the competition of the enterprises themselves. Ability is the long-term development plan. Washing machine manufacturers should take this opportunity to gradually reduce the degree of policy dependence and take a healthy path of sustainable development based on technological innovation and brand building.

As for the reasons for the decline, Cai Ying, Assistant to the Director of the Information Resource Development Department of the National Information Center, believes that as the overall market was stimulated by policies such as â€œreplacement of new productsâ€ and â€œhome appliances to the countrysideâ€ in previous years, some consumer electronics consumer demand was released ahead of schedule. , but the pull of policies has been weak since 2011.

Judging from the specific market performance, from January to July 2012, except for the slight increase in sales volume in the fourth-tier cities, the sales of washing machines in other levels of city markets have declined to a greater extent. Sales volume has fallen year-on-year in a ladder-like manner, with the largest decline in first-tier cities. The year-on-year decrease was 27.07%.

Due to entering the adjustment period, the washing machine industry will gradually bid farewell to traditional competition methods of fighting scale and price, and turn to the technical connotation and technological innovation of competing products, so that the product structure will be further adjusted, because the market demand created by technological innovation is also Will bring consumption increase.

Lu Jianguo, head of the detection department of the China Household Electrical Appliances Research Institute, believes that washing machine companies should establish global R&D advantages and have the ability to integrate key component resources before they can win market opportunities in future industry adjustments.

In the long run, building brand competitiveness is also a task that companies need to do. Judging from the characteristics of brand competition in 2012, the first group army brand is relatively fixed. The structure of the top three brands for the two domestic brands and one foreign brand has not changed, indicating the brand's influence on the market.

It is worth noting that the recent news about the extension of home appliances to the countryside and other policies has stirred the industry once again. From the above analysis, no matter how the policy is introduced or not, how companies can break out of the current industry environment, get rid of dependence or be an important Question.

This Computer Speaker is powered by USB interface on computers or laptops, plug and play, save energy. 3W output brings you high-quality clear binaural sound. Lightweight and portable design makes you can hold it with single hand, save space on the desk. Made of ABS and TPU, which makes this speaker durable and firm. Believe it is a great companion for your computer and laptop. 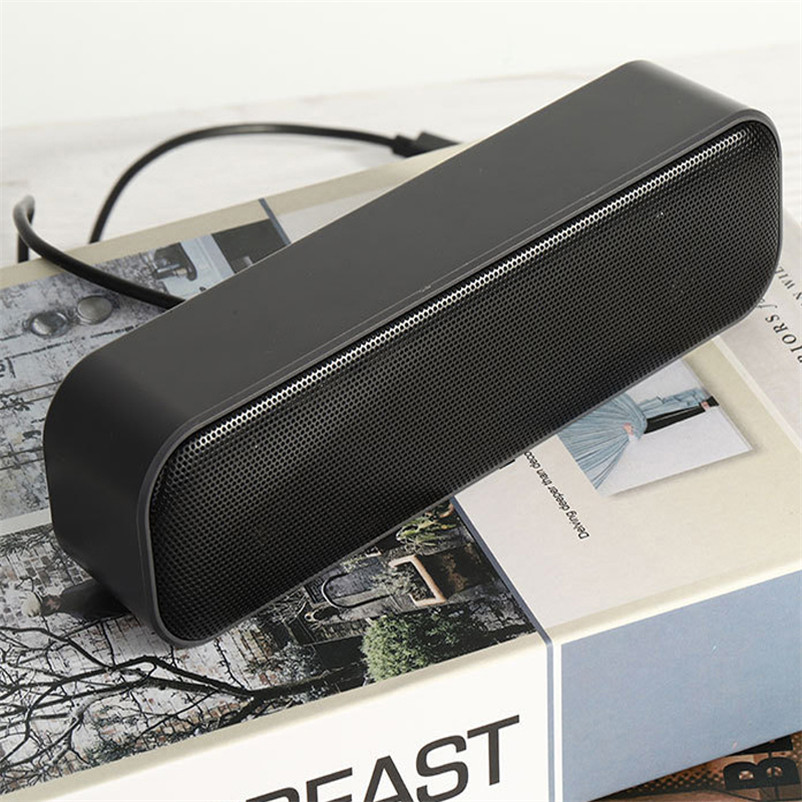