The holographic projection device "Gate Box", which has been designed by the Japanese cartoonist Iridium Taro, who has participated in the "God of God: Through Time and Space", "Goddess Tour", "Love with the Game" and other games, announced today that it is officially open for pre-sales. . A Japanese company is developing a second-in-one device for holographic interaction. Today, the device officially opened an appointment, and the price of the appointment was as high as 320,000 yen (nearly 20,000 RMB).

The Japanese company vinclu unveiled the concept film of the GateBox device in January this year. This GateBox can provide the world's first interactive binary holographic cute girl. In short, it is like the advanced version of Siri + holographic Hatsune Miku. Device, the real human can communicate with the holographic girl, and use the voice command sister to open the smart device in the home. In the design, the GateBox is equipped with a variety of sensors, so that the holographic girl inside can automatically sense the owner to get up, go home, etc. The corresponding active communication, such as greeting Good Morning, welcome home and so on. The original idea of â€‹â€‹the company was to break the wall of the dimension, and if the product needed to be commercialized, it would require 90 million yen of funds and carry out crowdfunding activities. As a result, equipment production was actually raised. Start-up capital for manufacturing. GateBox is only available in pre-orders in the United States and Japan, with a price of 324,840 yen. The pre-order quantity in Japan is about 300 units. The pre-order will not be officially shipped until December next year. 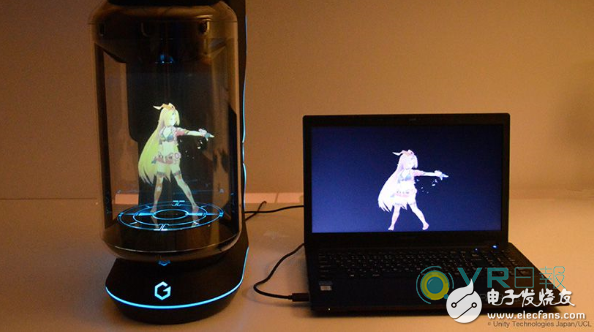