According to foreign media reports, although machine learning technology is the hottest topic of innovation, it still brings a lot of troubles and worries. The most obvious of these is that this technology is invading the privacy of each of us.

To imitate human beings, machine learning must "root up" the most intimate human beings. Therefore, in addition to protecting our uniqueness, we must also find out the mechanism to control machine learning. Otherwise, I am afraid that one day it will use our identity to do some illegal activities, and then we will have a hard time.

The following examples show us how terrifying machine learning is after "blackening." Of course, its nature is kind, but it can be a huge hazard after falling into the wrong hands. At the same time, this article is also a warning to everyone. While enjoying the convenience brought by technology, we should also have a long-term view, otherwise the side effects may eventually swallow no society. 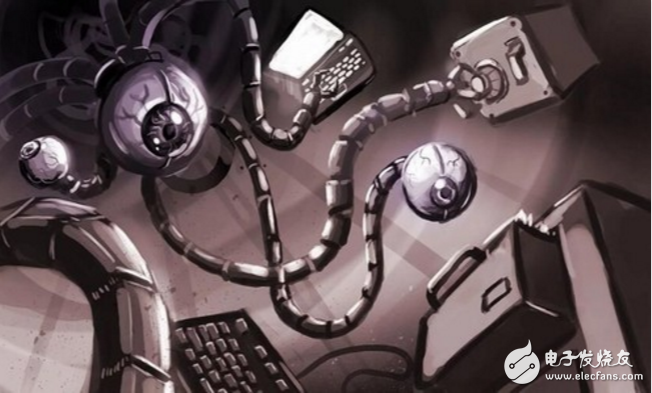 If face recognition technology "runs off"

However, will they embark on the path of evil? Obviously. The face recognition application FindFace is the best example. The app was born in Russia earlier this year, and users can use the facial recognition system to see if someone is also registered with VK.com (Russian Facebook). In less than a year, the app has received more than 200 million users in Eastern Europe.

Thanks to the VK.com image database, this app has a strong recognition ability. However, many people use it not for socializing, and their use has eventually gone. For example, the Moscow police department used FindFace's technology and implanted it into the capital's 150,000 surveillance probes. In addition, many people use this technology to rape.

Kaspersky Lab experts have shared a way to deceive facial recognition technology, but it is too tired if you keep that posture.

Therefore, it is still prudent to take photos on social networks. After all, once a photo is uploaded, the machine learning engine will always absorb these photos from a certain â€œwarehouseâ€. As for what kind of storm will be triggered by a photo later, we will It is not known.

Machine learning after gazing at the mosaic

Mosaic is the most commonly used technique for protecting privacy in pictures and videos. After being covered with mosaic, the human eye can no longer recognize those sensitive and sensitive information.

However, machine learning can be "perspective", it can be completely unquestioned.

Researchers from Texas and Cornell University of Technology have recently successfully trained a set of image recognition machine learning algorithms that make it easy to capture existing coding techniques and make sensitive information transparent. Once the technology falls into the wrong hands, the consequences are simply unimaginable.

It is reported that after training, the neural network can achieve 90% accuracy in recognizing faces, objects and handwriting. R & D personnel are not doing this to do bad things. Instead, they should remind relevant departments to pay attention to the protection of citizen privacy. In addition, experts said that in addition to the mosaic in the pictures and videos, in fact, the sound of the sound-changing software can not escape the palm of the machine learning.

So how do we ensure that our privacy is not violated? Experts say that the only way is to put these pictures with obvious fuzzy information into the black box, so that the machine does not learn to contact. Or you can add other layers to the image to confuse the evil algorithm before doing the blurring.

Forging the writings of others is not an easy task. Even if it is as strong as the sacred book of the Water Margin, it will eventually be seen. However, for machine learning, day-to-day writing is not necessary at all. It has only seen a few photos of your handwriting, and it will soon be able to imitate seamlessly.

Researchers at the University of London have developed a program called My Text in Your HandwriTIng that simply reads the pieces of your handwriting and writes exactly the same words in your handwriting.

Of course, the technology is not invulnerable, and it requires technicians to fine-tune it after writing. However, even then, it is the most accurate way to imitate human writing. In a comparison test, only 40% of people identified their true treasures. In the future, as technology advances, this proportion will continue to decline.

Although this technology has many positive application scenarios, most people still worry that the bad guys use it to falsify legal agreements, historical records and even fake certificates. Imagine if your own writing was learned by machine learning. Will you get a huge debt when you wake up the next day?

In addition to imitating human writing, today's machine learning and chat bots understand the human language and generate very natural conversations. In the future, online customer service, weather forecasts, news, and restaurant reservations may be controlled by them.

However, chat bots will also be "blackened" and Luka has already demonstrated for us. The company specializes in high-end AI chat bots, whose products are like people, in addition to dialogue, there is also a living "thinking." Recently, Luka has launched a chat robot that mimics the male lead in the HBO hit "Silicon Valley". The company enters the language of the actor into the neural network for in-depth analysis, and finally the chat bot can learn the way and tone of his speech, and even the stagnation of the speech will be exactly the same.

Previously, Luka had also done a bold project that allowed chat bots to learn a text message, social networking conversations and other information that had been passed away.

Although the examples mentioned above are harmless to society, once they are used by the bad guys, we may be more difficult to guard against. Take the recent phone scams that are repugnant. If the voice of your loved one comes from the phone, can you go to the bank to fight for money?

In addition, the more terrifying thing is that it will not only learn what you said, but also associate freely according to the way you speak. If you have a flesh, you may not have the need to exist.

After reading the above example, is it going to break the network and live the life of the primitive people? Don't worry, machine learning is not an evil technology, and its benefits far outweigh the drawbacks. However, when taking advantage of the benefits of machine learning, we must also plan ahead, especially when there is a conflict between technology and ethics and privacy.

A buzzer or beeper is an audio signalling device, which may be mechanical, electromechanical, or piezoelectric (piezo for short). Typical uses of buzzers and beeper include alarm devices, timers, and confirmation of user input such as a mouse click or keystroke.