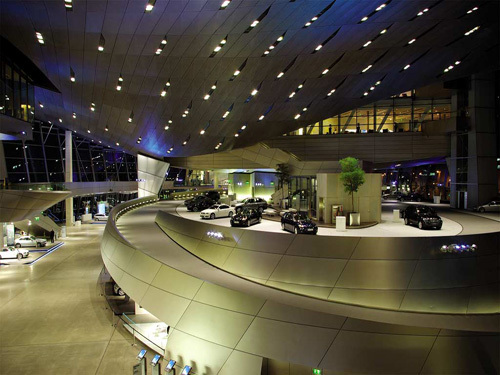 The central bank cut interest rates, the real estate industry generally rejoiced that prices will likely usher in a rebound. Of course, not all urban home prices will rebound. So how much is the impact on the LED industry? The study found that housing prices in these six cities, including the four largest cities in the north, Guangzhou, Shenzhen and Nanjing, are the most likely to rebound.

The interest rate cuts have a substantial positive effect on the manufacturing industry, especially for the LED industry facing a decline in exports and a slowdown in domestic demand. This will undoubtedly create new opportunities for industrial development in the future. In the capital market, continuous interest rate cuts and deposit reserve ratios will inevitably release huge liquidity. Liquidity has completely bid farewell to the tightening situation and usher in an upward turning point. While reducing the risk-free rate of return, it will also raise the equity risk premium and enhance the attractiveness of LED listed companies' stock market relative to other investment products markets. Most manufacturing companies, including LED companies, will be the beneficiaries of this profit adjustment. Lowering the loan interest rate will reduce their borrowing costs, reduce the erosion of financial expenses on profits, and boost corporate profitability. For the manufacturing industry, it will solve the company's great difficulties. This determines that the more profitable the sensitivity of the cost of borrowing is, the more the industry can enjoy the benefits of this cycle.

Chen Lu, assistant director of the Institute of Securities Co., Ltd. and chief analyst of macroeconomics, said that in the current global economic slowdown environment, both large and small and medium-sized enterprises hope to reduce costs, especially capital-intensive. Type of manufacturing companies, and the most direct effect of interest rate cuts is to reduce corporate capital costs.

How much does the central bank cut interest rates affect the LED industry?

The industry may still face the pressure of slowing down. It is understood that under the drive of the countryâ€™s further expansion of domestic demand and the trillion-dollar investment policy, driven by a large amount of infrastructure, it is an opportunity and challenge for engineering LED companies, and this cycle of interest-rate cuts has just begun. After several interest rate cuts, the current benchmark deposit rate has declined. Analysts pointed out that this shows that the current economy has significantly cooled. As the economic outlook is still not optimistic about the future, the growth of domestic consumption and industrial production may continue to decline. Analysts say that both the time and the rate of interest show that the current cycle of interest rate cuts has not yet exceeded half, and the stimulus to economic growth is still to be observed. The entire LED industry may still face downward pressure on growth.

At the same time, we will continue to deepen the cooperation between industry, universities and research institutes, strengthen technical cooperation with research institutes, strengthen scientific and technological support, and smoothly achieve transformation and upgrading. The main body of independent innovation is the enterprise, and the ultimate beneficiary is also the enterprise. The key to increasing investment in scientific research and development is to work hard on irreplaceability.

Seeking high efficiency and low-cost expansion The dilemma faced by small and medium-sized manufacturing enterprises at the LED application end during the financial crisis cannot be saved by a single tool or measure. He also needs the plan and determination of the enterprise itself to get out of the predicament, and it needs the government's policy support. Low-cost, high-efficiency, targeted marketing for targeted consumer groups is a wise choice. Relying on the Internet, we attach great importance to e-commerce development, reduce the cost of the promotion of enterprise products, and seek high efficiency and low-cost expansion methods. We will embark on a new path during the economic downturn.