On December 28, 2013, the Chilean Ministry of Energy issued a minimum mandatory performance limit for general purpose non-directional incandescent bulbs. The new standard will ban the sale of bulbs with an energy efficiency index (Watt/Lumen) equal to or greater than 80%.

Covered bulbs include Type A and PS tungsten incandescent bulbs for IEC 60064/2005 applications for household and similar general use, rated power between 25 and 200 watts, bulb glass transparent, matte or white Polished, the lamp type is E26 or E27.

Gaming headphones, which are suitable for playing games, have extraordinary sound quality - true, clear, and surrounding feeling makes your pulse accelerate and excited.For game users, a high-performance Gaming Headset allows players to experience the immersive feeling in the game. For the gaming players, the gaming headset should also be able to assist the game player to improve combat effectiveness.

Among so many headsets, Gaming Headsets have a sensitivity advantage. The relatively closed listening environment is also more conducive to the game player to feel the details of the sound and improve the judgment of the sound. Therefore, compared with the traditional headphones, the gaming headset has the advantage of positioning ability, and can express the sense of direction of the sound, and is more suitable for expressing the sound clearly in the 3D games. Moreover, the game headsets that serve the player generally also enhance the low-frequency sense, thereby promoting the game plot and making it easier for the player to fully devote himself to the game, thereby achieving "listening to the voice and walking through the hundred steps." 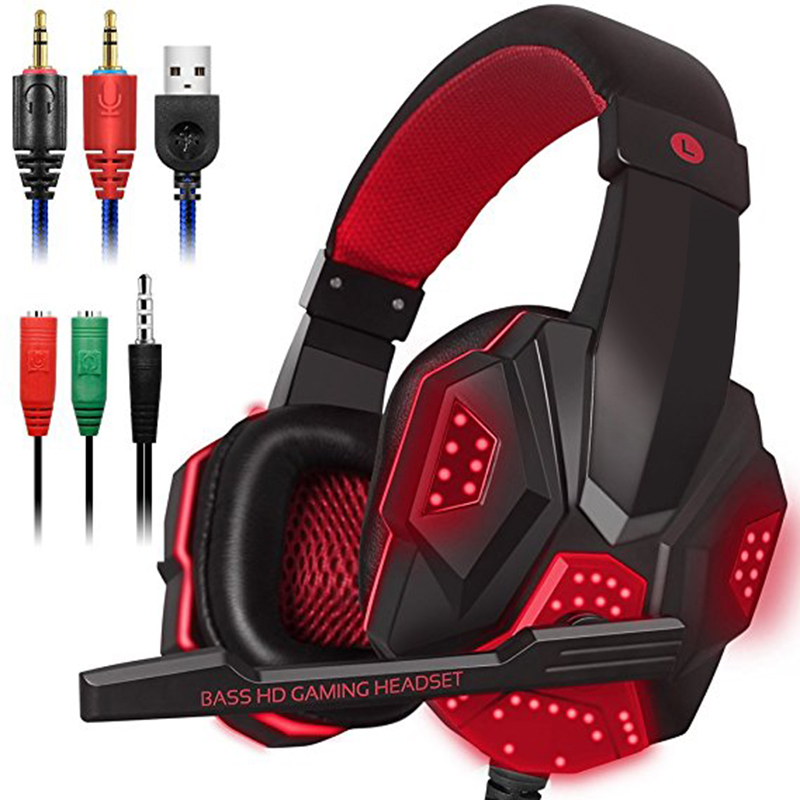