Since the advent of TFT screen car navigation in the 1990s, after 20 years of development, it has become a digital electronic machine that can be seen everywhere in life. More than 70% of new cars in Japan are equipped with navigation.

According to the survey, most Japanese people want to be able to watch TV in the car, especially the hard disk navigator that supports terrestrial digital TV, digital music and other functions, has become the main factor driving the willingness of the navigator to buy. The number of cars equipped with a car navigation system in Europe is less than 10%. It is very different from Japanese cars with various entertainment functions built in the car navigation system. European cars treat human-machine interfaces (Human Machine InteRFace / Man Machine Interface; HMI / MMI) as As a driving support interface, there are many models equipped with LCD monitors centered on high-end cars.

The situation in the United States is different. Because the road planning in the United States is very systematic, as long as you can reach the destination according to the street name and number, the demand for car navigation is not familiar, but instead when all parents travel out, In the back seat, the real-time entertainment use of the LCD monitor to watch DVD and TV entertainment is very developed.

Car LCDs, which are responsible for path navigation, driving support, and game and entertainment development, are undergoing major application transformations under the harsh environmental conditions of automobiles, with the popularization and promotion of car navigation systems. Recently, they have even crossed car navigation systems and become cars. Instrument warning and driving aid display.

The reliability and quality requirements of automobile manufacturers are strict, and they are not comparable to consumer industries such as general household appliances, computers, digital products, etc. It involves the development of high-reliability LCD displays, quality management systems, and daily production activities. Operating system.

The characteristics of automotive LCD monitors that are very different from other uses are the first to highlight the screen brightness. The main reason is that automotive LCD monitors require strong image visibility under strong outdoor sunlight. Generally, mobile phones can be exposed to strong sunlight indoors or outdoors Under use, the mobile phone can change the direction or use the hands and body to cover the sun. However, the liquid crystal display fixed in the car cannot change the direction arbitrarily. Therefore, the screen brightness must exceed the sunlight.

A touch panel similar to a car navigator is pasted on the screen. The touch panel will cause a decrease in the transmittance. In addition, the surface of the touch panel will reflect external light, resulting in reduced visibility of the LCD. Although Sharp Corporation of Japan manufactures touch sensors around thin film transistors in an attempt to improve the light transmittance and reflection problems of touch panels, it will make the production process and cost more complicated and expensive. The brightness of automotive LCD monitors is usually very high. Some LCD monitors have built-in (In-panel) protection acrylic plates with a penetration rate of less than 50%. Advanced car models also cooperate with the overall design. The LCD screen when the engine is not started It is completely black. In this case, a high-brightness LCD is especially needed. 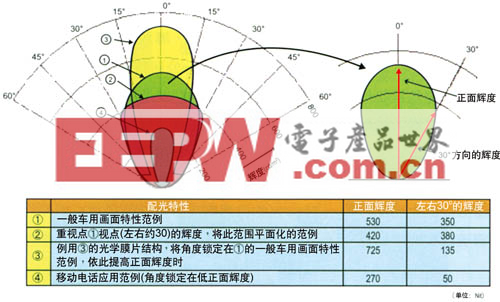