LED is called the fourth-generation lighting source or green light source. It has the characteristics of energy saving, environmental protection, long life and small size. It can be widely used in various fields such as indication, display, decoration, backlight, general lighting and city nightscape. In recent years, some developed countries in the world have launched fierce technical competitions around the development of LEDs. Among them, LED heat dissipation has always been an urgent problem to be solved! 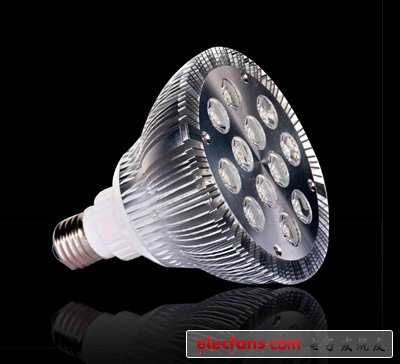 In addition, the heat of the LED will cause its spectrum to move; the color temperature increases; the forward current increases (when the power supply is constant voltage); the reverse current also increases; the thermal stress increases; the phosphor epoxy resin ages faster, etc. Various problems, so that the heat dissipation of LED is the most important issue in the design of LED lamps.

How the LED chip junction temperature is generated

Specifically, the LED junction temperature is caused by two factors.

1. The internal quantum efficiency is not high, that is, when electrons and holes recombine, 100% of photons cannot be generated, which is usually called "current leakage" to reduce the recombination rate of carriers in the PN region. The leakage current multiplied by the voltage is the power of this part, which is converted into heat energy, but this part does not account for the main component, because the internal photon efficiency is now close to 90%.

2. The internally generated photons cannot all be emitted to the outside of the chip and are finally converted into heat. This part is the main reason, because the current external quantum efficiency is only about 30%, and most of them are converted into heat.